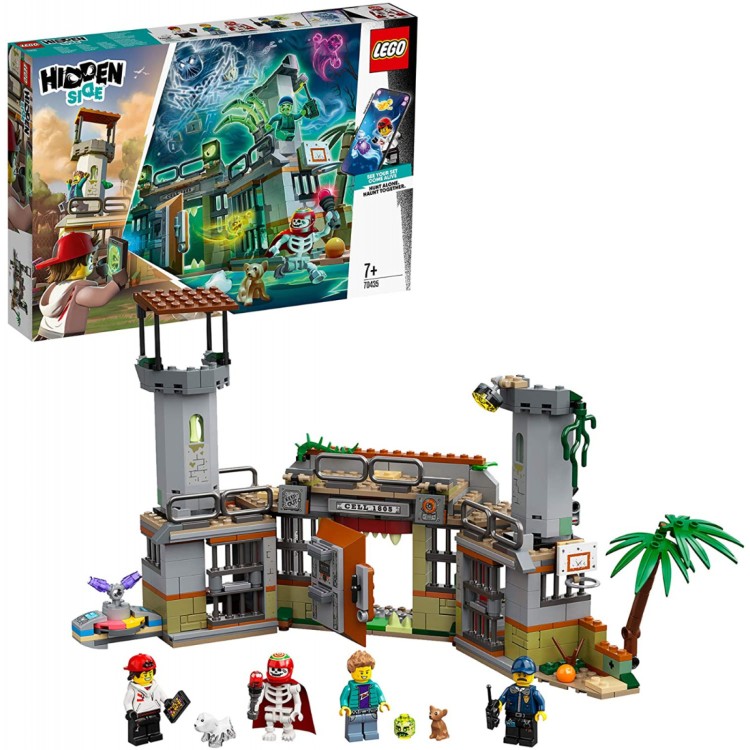 Forget what you know about LEGO – you’ve never had so much skele-fun like this before! Combining real play and augmented reality for a spooktacular experience, LEGO Hidden Side opens the door to a virtual hidden world where your LEGO sets come alive in an unfolding ghostly adventure!

Hidden Side takes you to the small town of Newbury, where supernatural forces have taken over the town. It's up to Jack And Parker to solve the mysteries haunting the town before it’s too late. Just be scareful that they don't give you too much of a fright!

How to join in on this unBOOlievable adventure? Simple! Just build the set like any other, then scan it using the Hidden Side app to begin your fangtastic adventure! As you interact with the built set, you'll have to be frightfully quick using your phone or tablet to catch the ghosts and save Newbury!

Ancient Mummies and Deaddies, don't worry about micro-transactions or extra purchases either: LEGO updates the app constantly, so your little witches and wizards can always go back to the set to find new ghosts!