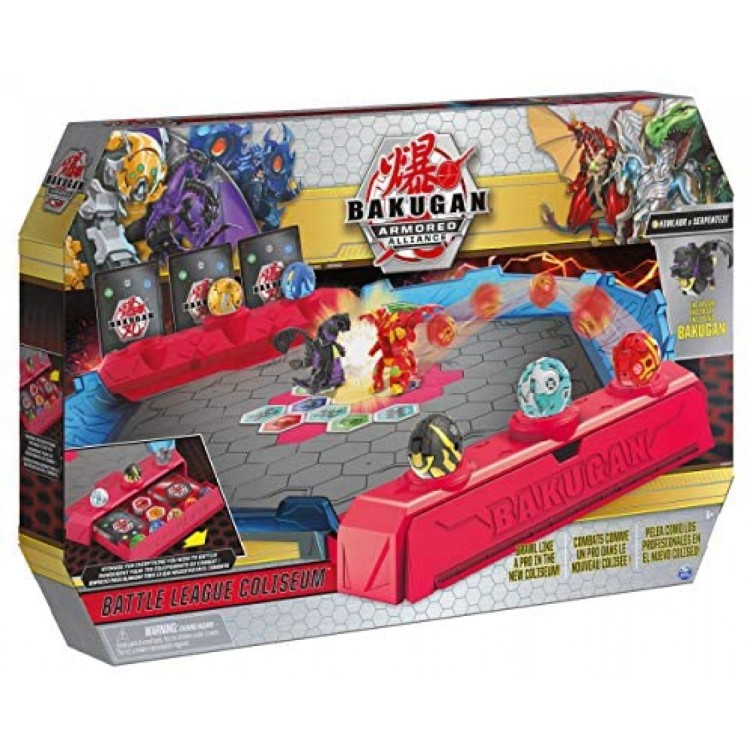 Brawl like a pro in the Bakugan Battle League Coliseum! Inspired by the arenas seen in the TV show, the Battle League Coliseum features the ultimate solid rolling surface for epic transformations and is the best way to experience the Bakugan toy battling game! With an exclusive fused Howlkor x Serpenteze Bakugan, banked walls, storage drawers and staging area to hold your Bakugan until you're ready to roll and transform, this deluxe arena is the perfect addition to your collection. Take your battles to the next level!

Inspired by the epic arenas seen in the TV show, the Battle League Coliseum's banked walls are perfect for creating trick shots and keeping your Bakugan in play!

The coliseum's solid rolling surface helps you pull off epic transformations! Plus, the matrix is built-in, so you can easily set up your BakuCores and brawl like a pro!

With 2 pull-out storage drawers on each end of the coliseum, you can easily store and organize everything you need to battle – extra cards, BakuCores, Baku-Gear and your Bakugan!