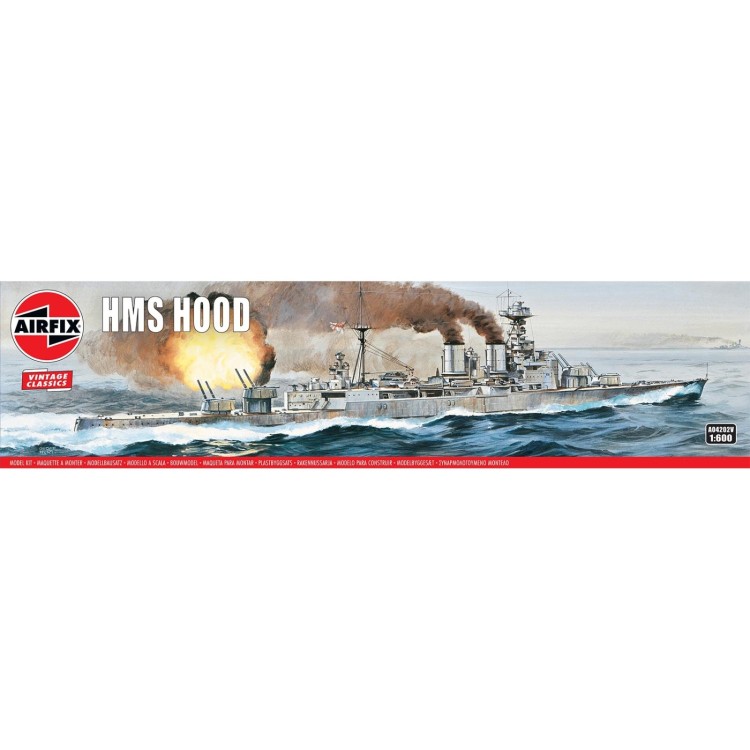 The largest warship in the world when launched in 1918. She was the pride of the Royal Navy on sailing to intercept the Bismarck in May 1941. After making contact with the German battleship she, with HMS Prince of Wales opened fire. The Bismarck returned fire and with her 5th salvo hit the Hood a fatal blow and she sunk within two minutes. Only three crew from her total of 1,500 survived.