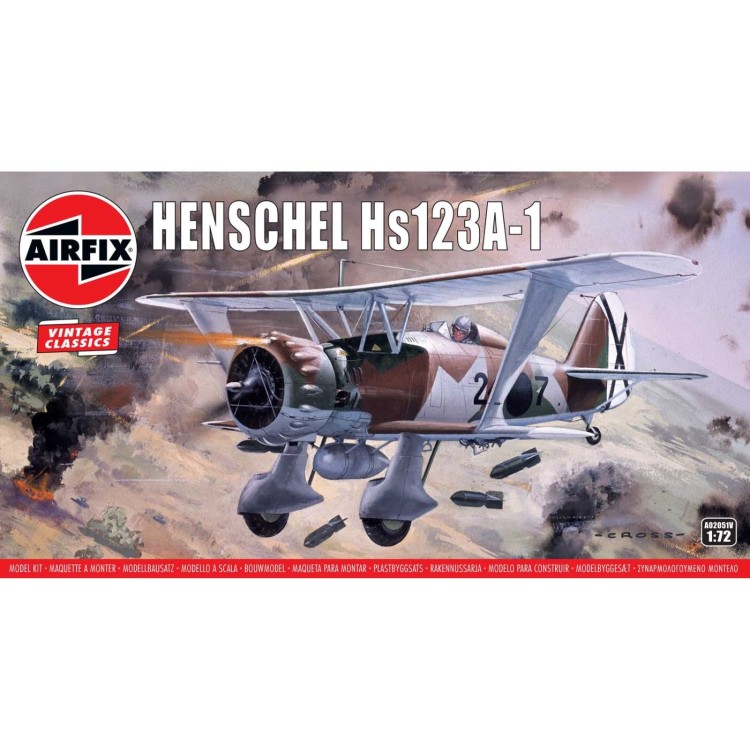 The Henschel Hs123 biplane attack aircraft was as tough as they come; intended as a dive bomber and close air support aircraft, the Hs123 performed well during its combat introduction in the Spanish Civil War. Despite its lack of range and relatively small bomb load, the aircraft still in service at the start of WWII were sent into action, with its pilots perfecting the art of close air support for advancing ground units.