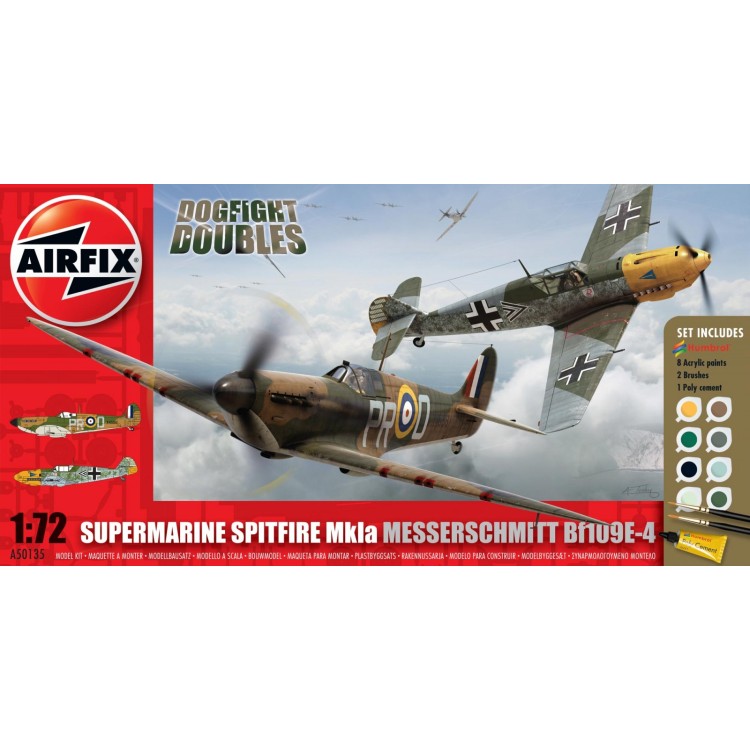 After the fall of France in 1940, the two great air arms of the day, Great Britain's RAF and Germany's Luftwaffe, faced each other in large numbers for the first time. The spearhead of the Luftwaffe was the Messerschmitt Bf109E. A formidable fighting machine, it had proved itself to be world class throughout its previous campaigns. Over southern England, in the summer of 1940, it faced a new set of challenges.

The most serious for the German pilots being the widespread use of the RAF's finest fighter, the Supermarine Spitfre. More manoeuvrable than the 109E, the Spitfire was the finest fighter of its day. This set contains two aircraft flown by aces. Helmut Wick and John Dundas. Neither survived their fateful engagement on 28th November 1940.Paint Schemes - Supermarine Spitfire 1A, 609 Squadron, F/Lt Dundas, October 1940 and Messerschmitt Bf109E-4, JG2, Helmut Wick, October 1940