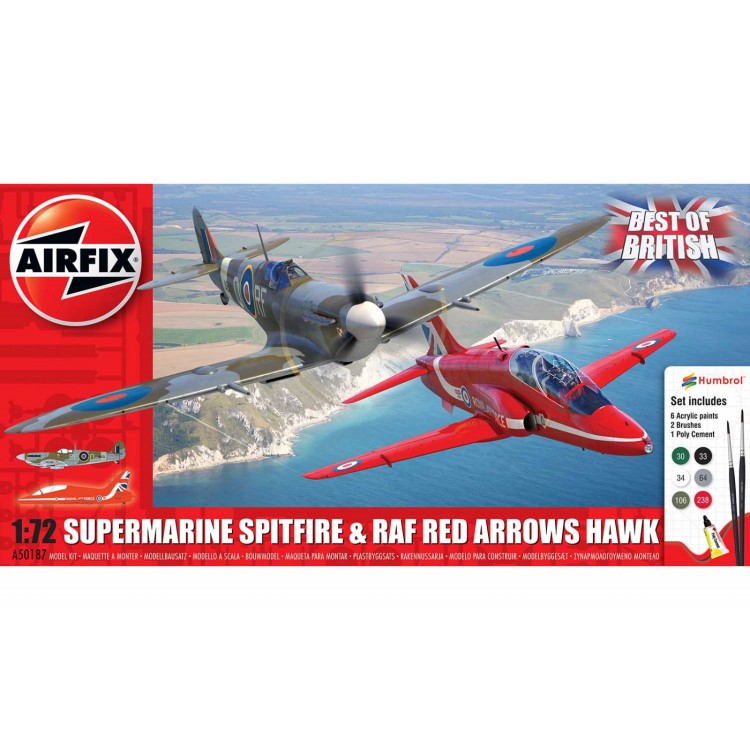 Representing two iconic British aircraft designs of the 20th century, the Supermarine Spitfire and BAe Hawk may have been developed during different eras of aviation technology, however, they are both instantly recognisable to millions of people. As Britains most famous fighting aeroplane, the Spitfire is still viewed as the aircraft which came to the nations rescue during the dark days of the Battle of Britain and its distinctive elliptical wing is still regarded as a design classic.

As the mount of the world famous Red Arrows, the BAe Hawk is now unquestionably the aircraft which has come to represent the professionalism of the modern Royal Air Force and with 44 years exceptional service already to its name, even eclipses the service life of the famous Spitfire.

During this years Battle of Britain 80th anniversary commemorations, enthusiasts will be hoping to see the Hawks of the Red Arrows performing several evocative formation flypasts with Spitfires and Hurricanes at a number of Airshow events during the summer months. The Hawk family of aircraft are designed and manufactured by BAE Systems. BAE SYSTEMS is a registered trade mark of BAE Systems plc. The RAF Red Arrows name and logo are trademarks of the UK Secretary of State for Defence and used under license.