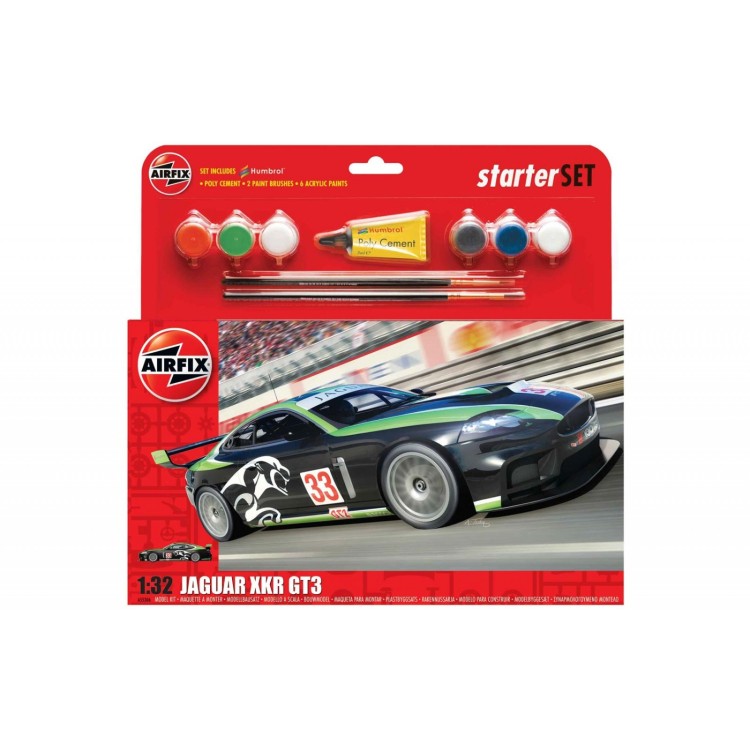 The Jaguar XKR GT3 is the racing version of the road going Jaguar XKR. Using the same engine but with much more advanced aerodynamic aids, such as the large rear wing, prominent front splitter and with much improved brakes, the racing version is able to corner at speeds far higher than its road going counterpart. Developed for the FIA GT3 series and then raced in other GT series around the world (including a campaign in American GT2 as represented in this kit), the Jaguar proved to be a competitive machine.