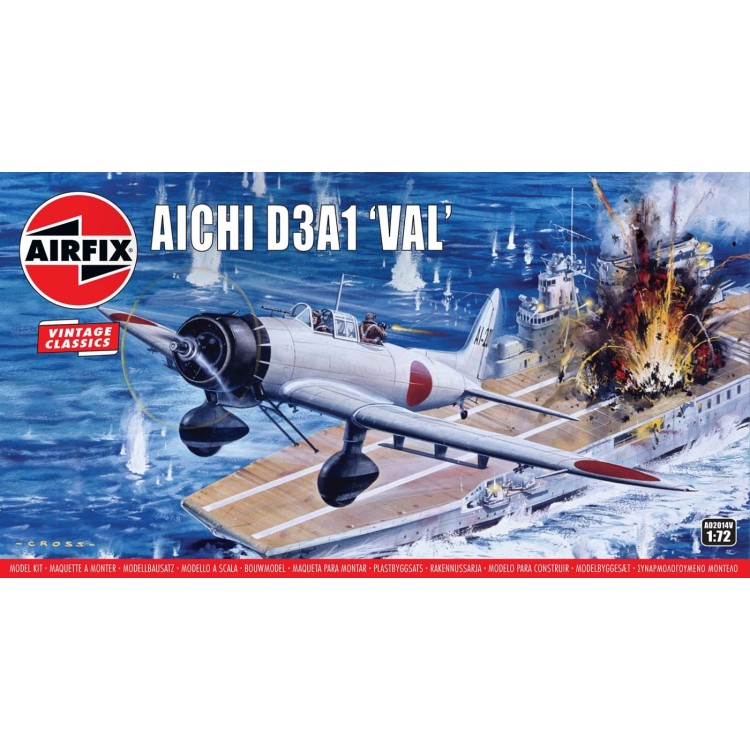 In the months which preceded the start of the Second World War, the Imperial Japanese Navy were arguably the best equipped force of their kind in the world, especially when it came to the carrier-borne aircraft they could call upon. In addition to the exceptional Mitsubishi Zero fighter, the Japanese Navy also possessed the Aichi D3A1 '˜Val'™ dive bomber, an extremely rugged aircraft which was ideally suited to the rigors of flight operations at sea and one which was agile enough to defend itself once it had delivered its deadly payload.